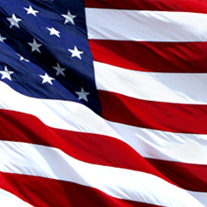 Philip Linwood Chase, age 88, of Vass, passed away on Wednesday, October 5, 2022, at First Health Hospice house in Pinehurst, surrounded by his family.

A Celebration of Life with Military Honors will be held on Saturday, October 15, 2022, at 2:00pm at Solid Rock Community Church with Pastor Brad Marona officiating.  The family will receive friends one hour prior to the service at the church from 1 until 2.

Philip was born in Presque Isle Maine on December 14, 1933, to the late Wallace Chase and Stella Hudson Chase.  Philip enlisted in the US Navy after graduating from high school.  After basic training in Bainbridge, Maryland, Philip was assigned to the USS The Sullivans DD-537, a Fletcher class destroyer.  On 10 October 1952, The Sullivans joined Task Force 77 off the eastern shores of Korea.  She joined United Nations forces on 14 December 1952 in blockading the Korean coast. Her mission was to interdict seaborne traffic and bombard shore targets to support United Nations ground troops and interdict enemy supply operations.  She frequently opened fire to destroy railroad rolling stock, depots and prevented repairs to railroad tracks and buildings.

On Christmas Day 1952, the USS The Sullivans scored direct hits on a railroad bridge while under fire from enemy artillery positions on shore. Fifty rounds from enemy guns failed to touch the ship, although near-misses showered the warship's decks with shell fragments. Counter-battery fire from the ship destroyed at least one of the enemy artillery positions.  As a Fire Control Specialist and Range Finder Operator, Philip was directly involved in the successful targeting of enemy positions.

After the Navy, Philip was a Credit Manager for Commercial Credit and Sears & Roebuck.  He had many interests including a love of flying; he was a licensed small aircraft pilot.  Philip was an expert fly fisherman, golfer and enjoyed traveling.

In addition to his parents, Philip was preceded in death by his wife, Elizabeth Ruth Chase, a brother, Richard Wallace Chase.  He is survived by his children, Susan Baldwin of New Hampshire, Scott Chase of Vass, Philip Chase of Massachusetts, Richard Chase of Virginia, Kathy Godfrey of Vass, sister, Sherry Thibideau of Maine; sixteen grandchildren and ten great-grandchildren.

To send flowers to the family or plant a tree in memory of Philip Linwood Chase, please visit our floral store.